Sea turtles are an ancient species whose numbers are rapidly declining, thanks in large part to the pollution of our oceans and the destruction of their nesting sites on beaches in tropical or semi-tropical sites around the world. Six of the seven known species of sea turtles are now on the endangered species list. While humanity is responsible for the pollution and incursion of commercialism along the beaches, they are also making strong attempts to protect the endangered sea turtles who visit their beaches to nest. The Florida coast is the 2nd most popular nesting area in the world and contains 90% of the U.S. nesting sites.

The Endangered Species Act combined with the Florida Marine Turtle Protection Act states it is illegal to harm in any way sea turtles, their nests, eggs, or hatchlings. Inflicting harm on a protected species could result in serious consequences to anyone who chooses to disobey these laws. Should you happen upon a female sea turtle building her nest or hatchlings making their way to the ocean, you are bearing witness to a ritual that has been on-going for thousands of years and should never interfere.

Nesting usually begins for some species in early March and continues through June; incubation periods last from six to eight weeks. For reasons we don’t yet understand, these turtles travel hundreds or thousands of miles to return to the beach of their birth to produce the next generation, an awesome feat considering they are simply guided by instinct. Often these beaches are no longer conducive to the cycle of nesting, incubation, and hatching due to human invasion. Wildlife personnel and volunteers seek to find and mark the nesting sites so they can be avoided by beach-goers. At times, a nest is actually moved to a safer location for added protection, but should only be done by professionally trained wildlife organizations.

Guests and visitors at the Sun Tower Hotel may be fortunate enough to see nature in action during an evening stroll. You may see a female sea turtle patiently digging her nest and laying her eggs, or observing hatchlings being guided by the light of the moon to the ocean. It really gives you a sense of wonder and awe. Visitors should only observe and never interfere.

Any adult sea turtle spotted on the beach is female, the males never leave the ocean. Although awkward and lumbering on the beach, sea turtles in the natural habitat of the ocean are graceful and timeless creatures who are deserving of whatever we can do to help the survival of their species. 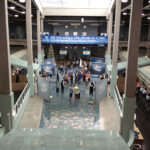 Pre or Post Port Fort Lauderdale Cruise Fun Can Be Yours

Do You Really Need Travel Insurance When Traveling to Ft. Lauderdale? 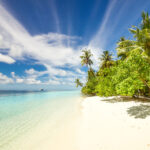